President of the Law Institute of Victoria: "It's a really important day for Australian justice," Waarom rechters jurken aan hebben 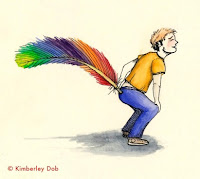 When George Pell's sentence of six years' jail was handed down live on television, many were left wondering how the process worked and how the judge arrived at his decision.

"It's a really important day for Australian justice," said Stuart Webb, the president of the Law Institute of Victoria.
Media is not regularly given permission to broadcast court proceedings in Australia, but Mr Webb said it should "absolutely" happen more.
"We've seen a public explanation of sentencing put across television, across transcript, across radio," he explained.
"We can see exactly what a judge is doing in coming to a sentence for someone of such a high profile."
He said transparency was good for the justice system as it allowed ordinary people to understand why decisions were being made and how judges balanced the factors at play.

Pell's defence claimed he had been pilloried in the media, and that the publicity and stigma Pell will live with meant he would experience a form of punishment over and above what the court would impose.
"That's a really interesting discussion," Mr Webb said.
"It's something very, very unusual in most circumstances."
Chief Judge Peter Kidd said he did "make allowances for those matters" in his sentencing.
But Mr Webb said that although Chief Judge Kidd accepted that the media coverage of the conviction was worth considering, this did not mean the sentence was reduced based on that consideration.
"Both the prosecution and defence said that his situation is somewhat unique, and he is the most high-profile priest to be found guilty of abusing children in the world," he said.
"So, there is a uniqueness to this case."

Sentencing reflects the time in which offence occurred

The judge said the court had searched for precedents for sentencing dating from the time that Pell committed the offences, but they found very few cases that could guide them.
"The sentencing principles are that you actually get sentenced for the terms of imprisonment at the time of the offending," Mr Webb explained.
"At the time it was a possible sentence of only 10 years.

"The parliament of Victoria has recognised that was too lenient and they've changed that.
"If he were to have offended now he'd face a sentence of up to 15 years."
He said this was a specific issue with sentencing in cases of child sexual abuse.
"These kinds of offences often only come out much later, after they've occurred," Mr Webb said.
He said there was an argument for changing these principles for cases involving historic child sexual abuse.
Changes to that effect were introduced in New South Wales last year.

Chief Judge Kidd considered Pell's age when determining his sentence.
"Like anyone in their late 70s, your health will decline in time," he said at the time of sentencing.
"I am conscious that the term of imprisonment, which I am about to impose upon you, carries with it a real — as distinct from theoretical — possibility that you may not live to be released from prison."
Mr Webb said this was the reality of dealing with historic offences, and that these factors were commonly weighed.
"This is the unfortunate thing when things come up later," he explained.
"He's been found guilty 22 years later, and he's spent the last 22 years living a life within the Vatican and within the church."
Pell's age and health "is significant", Mr Webb believed.
He said the judge had struck the right balance and had been open and thorough in his sentencing remarks.