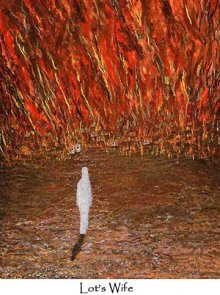 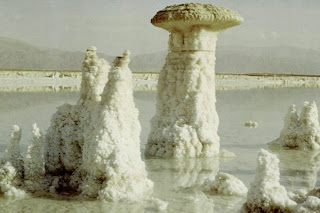 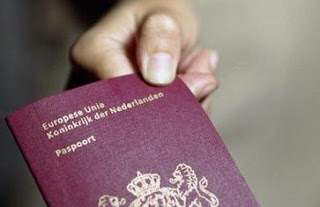 The state House of Representatives today passed legislation prompted by the clergy sexual abuse scandal that would remove some restrictions on prosecuting abuse cases and would toughen restrictions on some convicted sex offenders.

The measure, headed to the Senate as early as Monday, goes partway toward addressing concerns raised by victim advocates, who have repeatedly objected to laws in many states, including Massachusetts, that preclude lawsuits and prosecutions stemming from abuse incidents that took place decades ago.
House Speaker Salvatore F. DiMasi said the measure virtually eliminates the statute of limitations for the prosecution of child sexual abuse in Massachusetts.

The measure would change the state’s statute of limitations for child sexual abuse cases, making it possible for prosecutors to bring charges 27 years after the victim first reports the episode, or 27 years after the victim turns 16. And prosecutors could bring charges in cases that occurred longer ago if there is independent evidence that corroborates the victim’s allegations. (The 27 year period was chosen as a compromise, but also is supposed to allow enough time for victims to reach adulthood and recognize that abuse is a prosecutable crime.)

Governor Mitt Romney wants to review all of the provisions of the bill before deciding whether to sign it, but he is generally supportive, said his spokesman, Eric Fehrnstrom.
Posted by the Boston Globe City & Region Desk

SUPPORTERS of Limassol bishop Athanassios were yesterday livid at allegations the venerated cleric tried to quash a sex scandal.Nicos Polycarpou, 20, alleges that he and Archimandrite Isaac Macheriotis, maintained relations of a homosexual nature.

The affair is said to have begun three years ago, when Polycarpou was 17 and therefore still underage.The youth has filed a lawsuit, filed in a Limassol court, demanding compensation of up to £250,000 for alleged sexual exploitation of a minor.It was daily Politis that broke the story in July, when it published photos of the archimandrite ostensibly showing him
engaging in untowardly acts with the youngster.

The paper insisted the material was authentic, although subsequent digital analysis by British experts – commissioned by the Limassol bishopric – deemed the photos were doctored.To
Limassol bishop Athanassios, who is responsible for Macheriotis, the affair and – and more importantly – its timing smacks of a conspiracy to tarnish his image ahead of the Archbishopric elections this September.Moreover, he believes that circles inside the Church are at the bottom of the affair.

According to Athanassios, the scheme involves people of the underworld, who have paid
homosexuals to lie about the archimandrite. He says that in early July he was approached by “gangsters”, who tried to blackmail him by asking money for the photos and the negatives.The bishop refused to play along, reporting the case to the police.

In the meantime, to cover all the bases, Athanassios launched an internal inquiry at the bishopric to find whether there was any truth to the allegations.In the meantime the Attorney-general has launched an investigation into the extortion allegations.Neoclis Neocleous, lawyer for the youth, said his client had a limited sexual relationship with archimandrite Macheriotis for three years, but that recently the youth decided to break it off. But when the cleric allegedly insisted on keeping the relationship, Polycarpou resorted to taking pictures as a way of convincing Macheriotis to leave him be, the lawyer claimed.

Until that point, Neocleous said, the matter was kept quiet. But when Politis “somehow” got hold of the controversial photos and published them, the police were forced to investigate.Neocleous denies suggestions that his client later used connections to try and shake down the archimandrite.Politis yesterday came out with more explosive claims.

The paper said that a secret meeting was held last Friday between the youth and bishop Athanassios. The meeting was arranged by two acquaintances of Polycarpou, one being his uncle.The point was to try to resolve the matter quietly, to avoid further embarrassment to both the youth and the priest.The youth was allegedly assured that no lawyers would be
present; however, on arriving at the bishopric, he saw Marios Hardjiotis, the legal counsel for the archimandrite, was also present.

During the conversation, Hardjiotis reportedly urged the youth to sign a statement affirming that he lied about the whole affair and that he was deeply sorry for any inconvenience
caused.But Polycarpou hesitated, thinking it wise to call his lawyer Neocleous, who was abroad at the time. Neocleous advised him not to sign the document, because by doing so he would open himself up to perjury charges and could face up to two years’ imprisonment. Returning to the room, Polycarpou said he couldn’t sign anything.

At which point, Politis claims, the priest’s lawyer flew off the handle, threatening to destroy the youth’s reputation in court.“Yes, I advised him not to sign any such thing,” Neocleous told the Mail yesterday.“If he does, that’s his own business. But I will have nothing to do with that.”But Neocleous did not rule out the possibility of an out-of-court settlement.He went on to confirm press reports that money was a factor in the relationship between his client and the archimandrite.

“But not in the sense of cash for every congress they had. It was different. The two went way back together. My client is dirt poor. He first met the priest at a charity organisation run by Macheriotis. The priest had always helped him out financially, asking nothing in return. But
gradually, after their affair began, things changed and sexual favours were given in exchange for assistance.”

Neocleous also told the Mail that, during Friday’s visit to the bishopric, Polycarpou had a heart-to-heart with bishop Athanassios.“It’s true. The kid gave him a detailed account, even leading Athanassios to the specific chambers where the acts took place.” Apparently Athanassios told the youth that he tended to believe him, but that the matter was out of his hands now that the police was in the picture.

Yesterday the Athanassios Support Group held a news conference about the upcoming elections, but inevitably discussion turned to the scandal.Speaking for the group, Giorgos
Eliades dismissed claims that Athanassios had tried to interfere with the course
of justice or tried to cover up the affair.

“These are lies, unfounded and unabashed lies,” Eliades said.“I am ashamed that Politis should stoop so low. It’s character assassination.”

Meanwhile the deadline for submission of candidacies for Electors expired yesterday. Known also as Special Representatives, Electors are clerics aged over 25, voted for by parishes across
the island. A second round of voting is then held, with the Electors nominating the Archbishop.