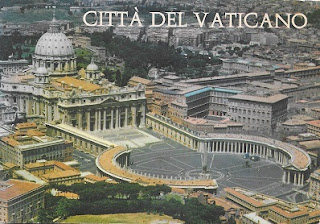 Pope Francis' refusal to allow Cardinal Philippe Barbarin to resign after being convicted of covering up clergy sexual abuse continues to raise questions among Catholics worldwide.

But in France, the pope's decision has been particularly controversial. We present two views today -- one that explains why the pope did the right thing and another that argues why he did not.


Meanwhile, the victims of the abusive priest at the center of the Barbarin case are renewing calls for another cardinal to be brought before the French justice system.
They want the Vatican to renounce the immunity enjoyed by the head of the Congregation for the Doctrine of the Faith... We tell you why.
These are just a few of our latest articles. Check out what else is new at La Croix International.
Gepost door crispina op 7:37 p.m.