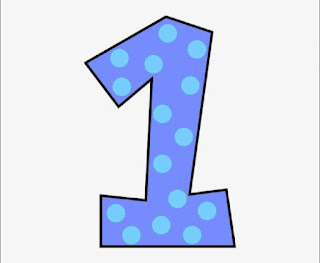 The names of all institutions that are yet to sign up to the national redress scheme for survivors of child sexual abuse will be made public on Wednesday and may face government sanctions, with the social services minister, Anne Ruston, saying failure to join would be “reprehensible”.
Ruston and the prime minister, Scott Morrison, sent more than two dozen institutions a letter urging them to join the scheme before the 30 June deadline.
The scheme was established off the back of Australia’s royal commission into institutional child sexual abuse, and institutions involved will provide redress to abuse survivors in the form of counselling, payment of up to $150,000 and a direct personal response and apology. The scheme started on 1 July 2018 and will run for 10 years.
Ruston told Guardian Australia: “It is reprehensible for any institution to fail to fulfil their moral obligation to join the scheme and provide survivors with the redress and apology that they have already waited too long to receive. I urge any institution that plans to refuse to participate to reconsider their position, not because of the threat of sanctions but because it is absolutely the right thing to do.”
Institutions that do not join face being stripped of charity status and of tax exemptions. Religious and sports institutions are among those yet to sign-up, including the Jehovah’s Witnesses, the Yeshiva Centre and the Yeshiva College Bondi, Australian Indigenous Ministries, the Catholic Order of Friars Minor Conventual, the Catholic Resurrection Sisters, the Fairbridge Society, Football NSW, Swimming Australia and Tennis NSW.
Leonie Sheedy, the head of the Care Leavers Australia Network (Clan), a support and advocacy group for people brought up in churches, charities and state government-run institutions, said the scheme should never have been opt-in in the first place. Victims had already died while waiting for redress from the scheme, she said.
“The government needs to be tough on those that do not join,” Sheedy said. “They should never be trusted with taxpayer dollars again.”
In their letter to the institutions, Morrison and Ruston said failure to take part was a “doubling down on the crime and doubling down on the hurt” survivors had suffered.
“We urge you to join the scheme not because of concerns about being identified, but because it is the right thing to do,” their letter said. “It is the right thing to do by survivors and their families and it is what every decent, honest Australian demands.”
Gepost door crispina op 11:58 p.m.