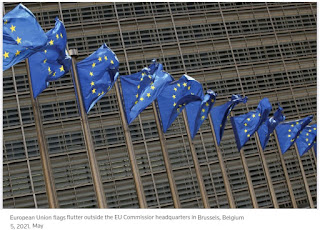 The European Commission failed to adequately state the reasons for its decision not to register the European Citizens' Initiative(ECI), the Luxembourg-based General Court said in a statement.

ECIs are proposals for legislation that the European Commission is obliged to consider when they are supported by the signatures of one million EU citizens.

The Commission's explanation for refusing to register the ECI was that it would disrupt economic and financial relations with a third country.

"A citizen presenting such a proposed initiative must be given the opportunity to understand the Commission’s reasoning," the court ruled.

Tom Moerenhout [2017] a professor opposed to trade with Israeli settlements in occupied territory that Palestinians seek for an independent state, and six other citizens sued the Commission over its decision.

Their ECI aimed to prevent European companies from importing goods produced in settlements - which are seen by most countries as illegal under international law - or exporting products there, calling such a trade illegal.

"Without mentioning Israel's settlement activities directly, the initiative defends principles relevant to any territory in the world under military occupation," Moerenhout wrote in the online publication Electronic Intifada in 2019.

"These principles would apply, for example, to Western Sahara, which is occupied by Morocco. We were simply seeking that the EU uphold international law."

Palestinians want to establish a state on territory occupied by Israel since the 1967 Arab-Israeli war. They argue that settlements on occupied land are an unlawful violation of the Geneva conventions and multiple U.N. resolutions.

The judgment came from the EU's second-highest court, whose rulings can be appealed to the EU Court of Justice.