".....
Apart from having to fund his own legal defence, Cardinal Pell will not receive financial assistance from the Vatican to cover his transport from Rome to Australia later this month.

With a legal team headed by prominent QC Robert Richter, the bill is likely to run into hundreds of thousands of dollars....."
compleet 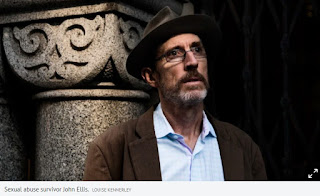 History will judge George Pell, the cardinal who sought to crush me

The Age
28-2-2019
by John Ellis
I have hesitated in weighing in to add to the thousands of words written this week about the publication, at long last, of the details of the conviction of George Pell last December on child sex abuse charges.
It may surprise many to know that I have not followed the criminal process at all, know few details of it (even now), and have no opinion as to what may or may not happen in the balance of that criminal process.
However, as a survivor of sexual abuse by a priest over a period of more than 12 years, and having faced myself the opinion apparently held by those close to George Pell (and perhaps by Pell himself) – as to how inherently unlikely it was that a holy monk of God would have so openly engaged in such debased and abhorrent acts against a young boy – I feel saddened that the experiences of the complainant have been so disrespected by many commentators who feel the need to express doubt over what a jury of 12 has been satisfied beyond reasonable doubt.

George Pell apologised to me for the legal abuse perpetrated by the church under his watch as Archbishop of Sydney. Before he departed for Rome in 2014, he famously recited a public apology not to me but to the assembled audience at the conclusion of the Royal Commission into Institutional Responses to Child Sexual Abuse public hearing. I had a cup of tea with him. While that was a private meeting and will remain so, I can say that I have never felt any warmth from the man. I was not left with a sense of any acceptance of personal responsibility for how he sought to crush me or any appreciation of the impacts of his own actions.

We have a criminal justice process. That process rightly respects the unimaginable courage that a survivor of child sexual abuse must summon to participate in the process and the enormous personal cost of doing so, both to the survivor and his or her family. These are magnified exponentially when the perpetrator is a high-profile person.

In return, the criminal justice system provides protection to the anonymity of the survivor and ensures that the truth of their evidence will not be determined in the court of public opinion. The community should respect this and not question what they have not lived through.

Unavoidably, this is big news. George Pell has been a controversial figure for decades and has been a staunch defender of the church. He has repeatedly touted his credentials as a person to whom sexual abuse of minors is an abhorrent scourge on the church. He has done so as a cover to seek to divert attention away from his record as a man who has waged a covert war on victims and survivors of abuse and who orchestrated the church’s defence to my claim – the "Ellis defence", by which I was figuratively hung, drawn and quartered and displayed as a warning to any other survivor who may have the temerity to seek to sue the church. It claimed there was "no legal entity responsible for sexual abuse in the Catholic Church".
Pell has been in a position to commit the church to openness, transparency and accountability to the victims and survivors of abuse, to their families, to the faithful of the Catholic Church and to the tens of thousands of people in the wider community who have been affected in some way by the unbridled abuse of minors by Catholic clergy, which could only have persisted and flourished by protection from the upper echelons of the church. 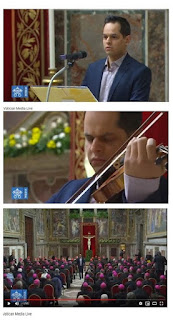 As such, he has courted publicity. He will be judged ultimately in the court of public opinion, whatever the outcome of the processes still to ensue in the civil courts. He will deserve his fate. His defenders will maintain their outrage and lament the "anti-Catholic forces" and the "conspirators" who have led to his downfall.
His detractors will focus not so much on whether his conviction stands or the details of what happened in St Patrick’s Cathedral in 1996, but rather on what he has been as a leader of the Catholic Church and how he has affected their life or the lives of their loved ones.
George Pell will be judged by history. Has he lived honourably and compassionately? Has he been humble and merciful? Has any life breathed easier because of his conduct as a priest, archbishop, cardinal or senior Vatican bureaucrat? Did his war on victims and survivors of abuse make the church better, or has George Pell been one of the Catholic Church’s own worst enemies?
John Ellis is a Sydney lawyer and the survivor of a priest's sexual abuse. 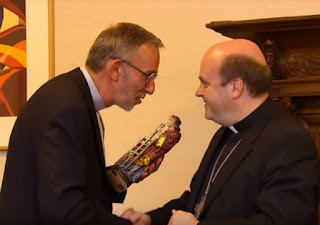