Malta’s citizenship programme was in line with European treaties, did not breach international laws and fulfilled requirements, Prime Minister Joseph Muscat said this morning.
Speaking on Radio Malta’s programme Ghandi X’Nghid, Dr Muscat said the government’s mistake was that it had not communicated enough but it had learnt from its mistake and after the situation was explained to the social partners, they agreed with the government’s proposal.
The Prime Minister insisted that the scheme was not selling citizenship but was a scheme bound to investment.

Because for a person to qualify for citizenship, he had to invest €150,000 in bonds to the government at favourable rates for at least 5 years, spend €350,000 to buy property or €16,000 on the rental of such, which property had to be retained for five years, pay €650,000 in cash and go through a four-tier due diligence process.

The scheme would put €1,000 million at the people’s disposal to be invested in the future and to enable the government not to leave debts for future generations to carry.

Dr Muscat said that the more the government explained what the programme was all about, more people were agreeing to it. He was seeing this with his own eyes. The scheme, he said, did not put Malta on the spot, it was the PN who had put Malta in the spotlight.

The Maltese, whatever their political beliefs, did not like it when politicians dirtied Malta’s name outside the country and the Opposition leader was feeling the negative reaction towards him.
Dr Muscat insisted that other countries, including Austria, Cyprus, Portugal, Spain and Croatia had similar programmes.


Citizenship: PM seeing the wall and crashing into it - Opposition leader


The Prime Minister’s actions regarding Malta’s citizenship scheme reflect those of someone seeing a wall in front of him but continues to head towards it to crash into it, Opposition leader Simon Busuttil said this morning.

Speaking on Radio Malta’s Ghandi X’Nghid, Dr Busuttil said the past week had been an extraordinary one which saw the country’s name demeaned in a way such as had not happened for years.

“This is the Prime Minister’s fault,” he said adding that had the government not come up with the scheme none of this would have happened. The EU would not be investigating Malta to see if it could embark on infringement procedures against the country.

The Opposition tried to seek consensus and was continuing to do so but one should not expect the Opposition to shut up and say yes just not to create controversy.
“My duty is to speak up when the government is wrong,” he said.

Dr Busuttil said that during negotiations aimed to find consensus on the matter, the PN put everything on the table but when it came to a final decision the government failed to address the Opposition’s main objection, which was that citizenship could not be sold.

The PN wanted the actual sale to be changed to a real investment system - with individuals seeking citizenship having to settle and live in Malta for a number of years, invest money in the country and create jobs because they were granted citizenship which they would then deserve.

Malta, he said, was not only selling just its own citizenship but EU citizenship. The value of what was being sold was not the Maltese passport but the EU citizenship which permitted one to go to any of 28 countries.
Dr Busuttil said the Prime Minister was going to hold a series of press conferences next week to say how the government would be spending the €1 billion it planned to make from the scheme. But while the PM was saying €1 billion, his Finance Minister had told the European Parliament €8 million.

The Opposition leader noted that the Prime Minister had more than €1 billion at his disposal to use in the next seven years obtained from the EU through a package negotiated by the previous government.
This money was already at its disposal but it had not yet said how it was going to spend it. This showed that the government was concerned about spin and not substance.

Dr Busuttil said that although the EP resolution was not binding, one had to be immature and irresponsible not to listen to what 90 per cent of MEPs were saying.

Commissioner Viviane Reding was also clear when she said that the scheme breached international law and European treaties and because of this Malta was being legally investigated by the Commission, making this a European issue.

This could mean that Malta might be taken to court and it would still have to halt the scheme. 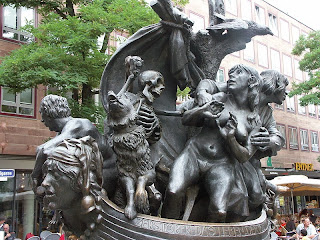