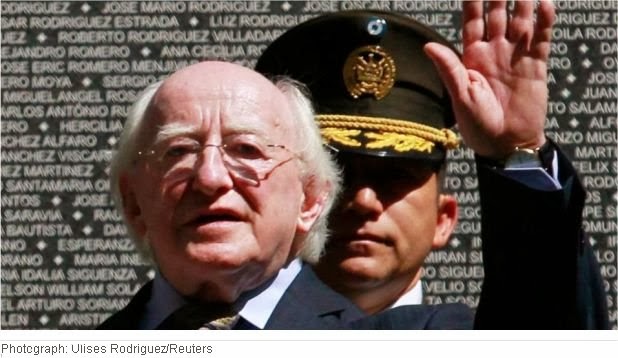 Closed in November 2011, allegedly as a cost-cutting measure, the reopening of the Embassy was announced today by Tánaiste and Foreign Affairs Minister Eamon Gilmore as part of an expansion of Ireland’s diplomatic network which will see Embassies opening in Thailand, Indonesia, Croatia, Kenya and the Holy See.

At the time of the 2011 closure, many commentators argued it marked an unprecedentedly low ebb in Ireland-Vatican relations. Just three months earlier in a speech in the Dáil, Taoiseach Enda Kenny had criticised the Vatican’s handling of the Irish church’s sex abuse crisis, saying: “Far from listening to evidence of humiliation and betrayal with St Benedict’s ‘ear of the heart’... the Vatican’s reaction was to parse and analyse it with the gimlet eye of a canon lawyer.”

The announcement that the Government intends to reopen the Irish Embassy to the Holy See in Rome has been greeted with immediate satisfaction by Vatican officials.

One senior Vatican figure said the reopening will mark “the end of a painful period” in Ireland’s relations with the Holy See.

[...]
Foreign Affairs also claims the new Vatican Embassy will be a “modest”, one-person operation, in keeping with the new wind of sobriety and parsimony blowing through the Vatican under Pope Francis.
In diplomatic circles, it has long been suggested that the Holy See is a very efficient “listening post”, given the Catholic Church’s unparalleled, worldwide intelligence network of priest and nuns.

Senior diplomats today suggested, however, that this is not the reason why Ireland has chosen to reopen its Embassy. Rather they argue that in the context of a pontificate which puts huge emphasis on poverty, on human rights issues and on developing world matters, it makes sense for Ireland to have a permanent, residential presence in Rome.

Meanwhile, Archbishop of Dublin Diarmuid Martin said reopening the Holy See Embassy on a smaller scale was a very constructive exercise and would enhance relations with the Vatican.
The senior cleric acknowledged that the Government remained committed to reopening the mission when the economic situation allowed.

Archbishop Martin also said that Pope Francis has dedicated himself to being a strong voice for fighting poverty and the Vatican remains an important place of interchange on questions of global development.
Cardinal Seán Brady, the primate of All Ireland, said diplomatic relations between Ireland and the Vatican remained productive even when the Embassy was closed. 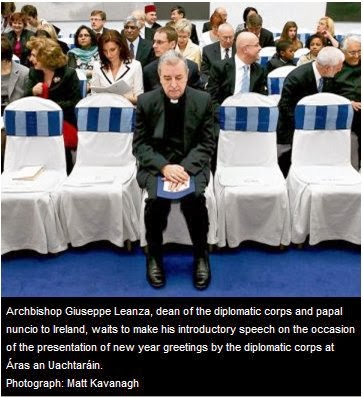 “Based on our shared commitment to justice, peace, eradication of poverty, international development, and the protection of the environment, I now look forward to ongoing and fruitful co-operation between Ireland and the Holy See for the common good,” he said.
Archbishop Charles Brown, Apostolic Nuncio to Ireland, said: “It is an excellent decision for the people of Ireland and will be beneficial to Ireland in making its distinctive and important contribution to international relations. We are all grateful to those who worked so hard to make
this day possible.”