“It is time for the Christian Brothers to be made accountable for the rapes, floggings,cruelty, neglect,brutality, child slave labour, inhumane treatment and lack of education of boys in their ‘care’. ”

CLAN will be holding a fortnight of rallies for the two weeks of the Royal Commission
public hearings outside the building, to make the general public aware of the
criminaltreatment of these boys and the legacy of abuse on these men

The rallies will be held each morning Monday 28th April–Friday 9 th May 2014
Outside the WA Industrial Relations Commission, 111 St Georges Tce,Perth, WA
Time: 7:30am

CLAN is a support, advocacy, research and training network for people who grew up in the 900+ australian orphanages children’s Homes, foster care and other institutions.

By Jade Macmillan
Photo: A group of child migrants sent from Britain to Western Australia. (Supplied)

John Hennessey, who migrated to Australia as a child, is one of a number of men set to give evidence.
Mr Hennessey was 10 years old when he was taken from his orphanage in Bristol, England, in the mid-1940s and sent to Western Australia.

He says the commission will open old wounds.
"I remember one day - it was a Sunday - these three Christian Brothers came to the hall and the nuns told us the Brothers are looking for children to go to Australia," he said.
"They said 'You go to Australia - kangaroos will take you to school, there's fruit everywhere'.
We were only little kids and this was music to our ears."

Mr Hennessey was among a group of children shipped to Fremantle and then taken to Bindoon, about an hour north of Perth.
"I remember Brother Keaney, he was a big man dressed in his black habit. He said: 'Welcome. We're going to make men of you, we don't want you to be little girls'," he said.

In those days, we were little kids, we didn't know what paedophilia was.
John Hennessey

"The place was half built. Now you look at it, I can't understand why nobody checked out where we were going."
The boys were forced to help construct the property's Spanish-style buildings with their bare hands.
But Mr Hennessey says hard labour was not the worst of it, with savage beatings and sexual abuse making Bindoon a living hell.
"In those days, we were little kids, we didn't know what paedophilia was," he said.
"You'd go to bed at night time fearing that someone was going to come to your bed and pick you up.
"We used to go to confessions and tell them all sorts of things. And we didn't know that the priest also was a paedophile."
Mr Hennessey was emotional as he recounted a particularly brutal beating he believes caused the stutter he has lived with ever since.
He said he was confronted by Brother Keaney in the dining hall after sneaking into his vineyard and stealing grapes.
"He lashed out with his walking stick, it had a metal bottom to it, and he belted me over the head and what have you," he said.
"Then he stripped me, put me over a chair and nearly flogged me to death.
"Abuse and bullying was just the norm."

'Extreme cases' of abuse to be put forward: commission

The royal commission will spend two weeks in Perth listening to the stories of victims from the four children's homes.
The commission's chief executive, Janette Dines, warned some of the evidence presented would be particularly severe.

"These stories are probably quite well-known to people in Western Australia because the Christian Brothers institutions have been the subject of a number of inquiries," she said.
"Certainly, from what we're aware, the stories of physical and sexual abuse are very confronting, and there will be some quite extreme cases of abuse put before the royal commission."
The Christian Brothers apologised to West Australian victims in the 1990s and reached an out-of-court settlement with some of them.

The stories of physical and sexual abuse are very confronting and there will be some quite extreme cases of abuse put before the royal commission.
Janette Dines, royal commission CEO

Ms Dines said the Perth hearings would look at that response, as well as the way the State Government handled complaints and compensation claims.
"This is the first time that the commission has really specifically gone into redress," she said.
"It can do so very effectively through this case study because there are so many different schemes featured.
The body set up by the Catholic Church to respond to the commission says it is expecting horrific stories of abuse and has called for full transparency.
"It's incumbent on the Christian Brothers to come forward again and explain themselves, to make sure the truth is revealed and demonstrate to the community the sincerity they hold for the victims," said Francis Sullivan, the chief executive of the Truth Justice and Healing Council.
"Whether it's the Christian Brothers or the State Government or any other element in how this was handled - how the legal, civil actions were handled - it all needs to be revealed."

Mr Hennessey campaigned for the royal commission and says it is important for victims like himself to come forward.
He was reunited with his mother when he was 57 and spent six years with her before she died.
"She'd been told I died at birth," he said.
"I never told her of my childhood days because I thought it was enough what she went through and it would break her heart.
"I'm doing this for my mother. If I can only save one child from what I went through, it's all worthwhile.
"We will be washed clean but forever tortured. There's no way out of that one."

The public hearing will focus on the cruelty and the crimes committed by the Christian Brothers to young boys in the Castledare Junior Orphanage, Clontarf Orphanage, St Mary’s Agricultural School in Tardun and Bindoon Farm School/Bindoon Boystown. 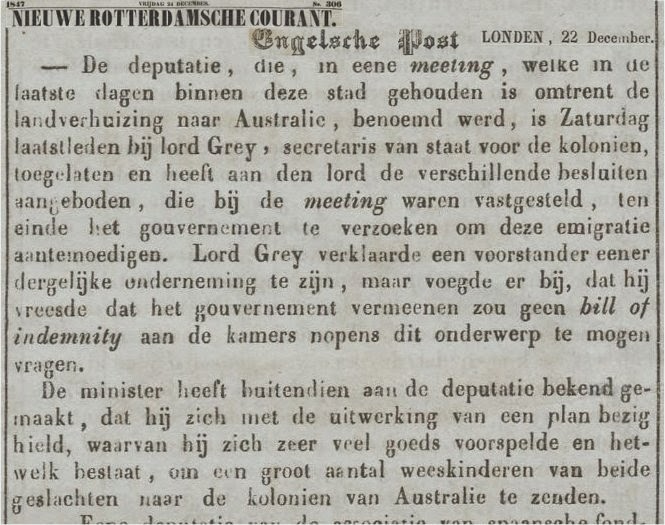