Police were receiving fresh allegations against a  Salvation Army officer right up until his death, the royal commission  into child sexual abuse has heard.

Homes at Bexley in Sydney's south, Goulburn in southern  New South Wales, Indooroopilly in Brisbane and Riverview on the  outskirts of Ipswich and are a key focus.

Detective Inspector Paul  Jacob from the NSW Sex Crimes Squad has told the commission he received  a letter from Salvation Army Major Peter Farthing in June 2008,  detailing fresh allegations against another officer.

Inspector  Jacob says the allegations concerned Captain Lawrence Wilson, who has  been described as the "most serious offender" in the Salvation Army's  Eastern Territory.

The detective replied five days later, saying  police would not investigate the allegations unless the victims  themselves came forward.
The hearing was told police do not "cold call" victims of sexual abuse at the risk of "re-traumatising" them.

"I think within days we were notified of the death of the offender in this matter," Inspector Jacob told the inquiry.
Captain Wilson's death was revealed in a letter to police dated June 26, 2008.

Counsel  assisting the commission Simeon Beckett has questioned whether  Inspector Jacob advised the Salvation Army to approach victims about  reporting the allegations to police.
"I thought I had," the detective said.

Mr Beckett reviewed Inspector Jacob's letter to Major Farthing, suggesting that was not made clear.
"Clearly that was not indicated in the letter, was it?" Mr Beckett said.
"No, not in those terms," the detective replied.

Inspector Jacob told the inquiry the Salvation Army now has a reporting regime with police to deal with sex offences.

Captain Wilson is one of five Salvation Army officers who have been at the centre of the abuse allegations.
More than $1 million in compensation has been paid to Captain Wilson's victims.

Another senior ranking officer with the Salvation Army says the inquiry has disgraced the organisation.
Major Peter Farthing is co-ordinating the Salvation Army's response to the royal commission and also serves as the principal of the organisation's Booth training college in Sydney.
Booth College sits on the site of the Bexley Boys Home.
When he was sworn in on Friday, Major Farthing opted to take an oath of affirmation instead of an oath on the Bible.
He admits that when victims began to come forward in the mid-1990s, the organisation's legal advice was flawed.
"Our policy was: we will be compassionate, but we will not admit wrong," he told the inquiry.
"So we won't say sorry and we won't make a payment unless the person can prove in court that the offence took place."
Some lawyers and Salvation Army staff were soon dismissed, leading to what Major Farthing has described a "generational shift in thinking".

Reflecting on the royal commission hearing, he said: "It's brought a great deal of disgrace and shame to the Salvation Army, which is felt by all of our people."
He has conceded that the organisation is yet to formally discuss the decades of abuse at the hands of its officers. 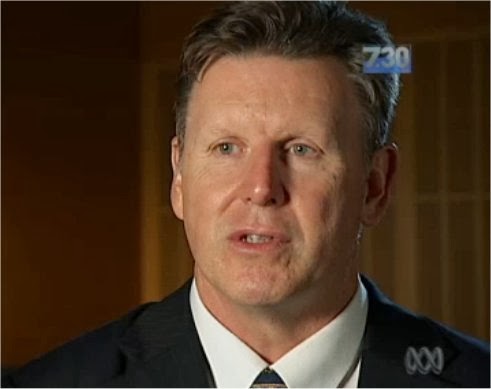